Shaping a sustainable future of self-sufficiency in Madagascar. 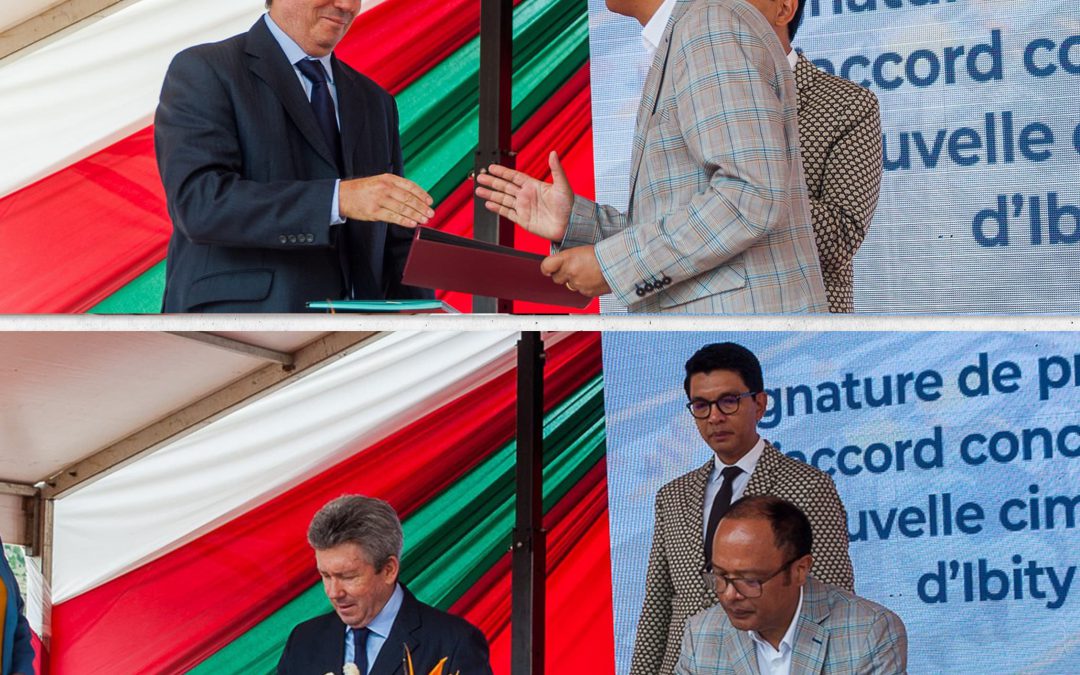 Celebrate cement self-sufficiency for Madagascar with the CEMENTIS group! The latest CEMENTIS milestone, the launch of the Ibity CEMENTIS Madagascar Plant expansion, will redefine the construction landscape in Madagascar as we know it.

The launching ceremony of the Ibity Cementis Madagascar plant expansion project took place on the 8th of December, 2022, under the high patronage of the President of the Republic of Madagascar, Andry Rajoelina.

This key development for Madagascar is in line with President Andry Rajoelina’s vision to promote industrialisation through accessible cement, which is part of Plan Emergence Madagascar.

A framework agreement was signed between the Minister of Industrialisation, Trade and Consumption, Mr. Edgar Razafindravahy, and the President of the CEMENTIS group, Colin Taylor.

The expansion of the plant will increase production from 180,000 tons to 1 million tons annually. This new local production capacity will change and positively impact the construction industry in Madagascar, increasing Madagascar’s cement production 5 times over by 2025.

Manage Cookie Consent
CEMENTIS Group uses cookies to improve your user experience. By continuing on this websie without changing your settings, you will be providing us with your consent to receive all cookies.
For more information, please visit our Privacy Policy and Cookie Policy
Manage options Manage services Manage vendors Read more about these purposes
Preferences
{title} {title} {title}